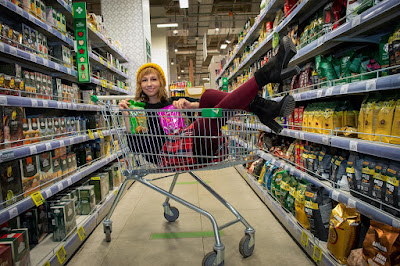 I was running errands and listening to “Terrible, Thanks for Asking,” one of my go-to podcasts. Creator and host Nora McInerny’s latest book, Bad Vibes Only,* just dropped and she was preparing to share a chapter from the audio version with the listeners she calls “Terribles.”
The selection Nora featured on the podcast was about finding a new therapist.
(BTW, I call Nora by her first name because she feels so familiar to me, not only because I listen to her podcast and have read three of her books, but because her Minnesota accent reminds me of my dear family member/friend from Wisconsin who has that same upper Midwest sound. )
After moving to the desert West from the Twin Cities, Nora explained, she needed to find a new therapist, dentist, and grocery store, among other things. This resonated with me as I happened to be on my way to the grocery store and – Oops!... We did it again! – after our recent move I’m on a valiant quest for the ideal market.

Our first night here, I couldn’t find something in the store and a uniformed person with an ID badge informed me that she was going on break and couldn’t help me.
A couple of weeks later I walked out of another location of the same chain, leaving a few produce items in my cart, after my irritation that the management would allow folks at the door to solicit signatures for a petition protesting a California minimum wage for fast food workers.
What, I wondered, did this say about how Unnamed Grocer felt about its own hourly workers?
After conversations with friends and family about bad retail experiences, there is a consensus that many folks aren’t paid enough to care about positive customer relations. They are overworked, under compensated, and treated poorly by management. So, no, I don’t think a law that pays a living wage and allows people to pay their rent and feed their families is a thing I want to protest. I'm more likely to stand in the middle of a factory, like Sally Field in Norma Rae, chanting “Union.”
I’m taking a break from the store closest to our home over an incompetent, lengthy, and frustrating attempt to purchase a gift card the other day, which is why I ventured out to try yet another option.
In my experience, most stores nowadays have a variety of designated international or ethnic food areas. I know I can find tamari in the Asian section or gnocchi in the Italian aisle, and these cultural gastronomic subdivisions are usually in the same general vicinity.

Not in this supermarket, where I significantly upped my daily step count while trying to locate 4-ounce cans of chopped green chilies. I am accustomed to finding them in the same place I get tortillas, refried beans, or chipotles in adobo. But where were they? I saw the signs above me as I circled the same shelves like it was Groundhog Day. Italian Food, Aisle 19. Asian Food, Aisle 23. Kosher Food, also Aisle 23. But where the heck was the section with my chopped green chilies?! What was I missing? Had someone removed the sign?
Surely, in Southern California there is no grocery store that doesn't have a Hispanic foods section. Maybe the chilies are with the canned vegetables, I thought – Aisle 22. I took a deep breath (many deep breaths) and looked around for an employee. Some days pushing your cart down a grocery aisle is like a video game -- cue Frogger music -- because they are stocking the shelves and there is no straight path to the pita chips, but now, in my hour of need, there is nary a soul. It's a ghost town.
I parked my shopping cart and approached an idle checkout person. “Chopped green chilies,” she told me, “are in Aisle 21 on the left side, next to the canned jalapeños.” They were not. I walked up and down that aisle half a dozen times sure I was being gaslighted. I was frustrated, my head hurt, I was generally exhausted from moving, and I may or may not have long Covid. I gave myself a pep talk: “You can’t cry in the grocery store over something as trivial as chopped green chilies!” I was right, I thought. I should wait and cry in the car later.
I pushed my cart, which now felt like it weighed 800 pounds, to the front of the store and found a manager. “I’m trying to find chopped green chilies?” Desperate and panicky. “I’ve looked everywhere.” She glanced questioningly at a colleague, who said, “Aisle 3. That’s where the Latin American foods are.”

“Huh. So not with all the other ethnic foods?” I asked.
“Well, that would make too much sense,” the manager laughed.
I wheeled myself the twenty rows back to Aisle 3, found my coveted chopped green chilies, and exhaled loudly. Maybe this store isn’t so bad after all, I thought, backtracking to the produce section, where, despite the fall décor of pumpkins, mums, and Halloween decorations, there is an apparent shortage of butternut squash. Deflated, I drag myself to the checkout lane and realize my reusable bags are back at home, sitting on the dining room table.

By the time I loaded up the groceries and plopped into the driver’s seat with an iced vanilla oat milk latte, I realized I might have blown my chopped green chili predicament a wee bit out of proportion. It was not worthy of a near meltdown. After all, far more serious, even heartbreaking, issues abound not only throughout the universe but among many of those whom I hold dear. I needed to flip the gratitude switch and bask in its light because there is far more right in my world than wrong.
My mother would've said I'd made a mountain out of a molehill. I don’t know why I made the chilies a ditch to die in. It was agonizing. They probably represent something else I’m looking for. Perhaps I’ll find whatever it is in one of the dozens of still-unpacked boxes sitting in my garage. Maybe it’s bigger than that… or nothing at all. Whatever it is, today I’m not terrible. Thanks for asking.
*I had the pleasure of reviewing an Advanced Reader Copy, or ARC, of Bad Vibes Only a few months back thanks to NetGalley and Simon & Schuster. 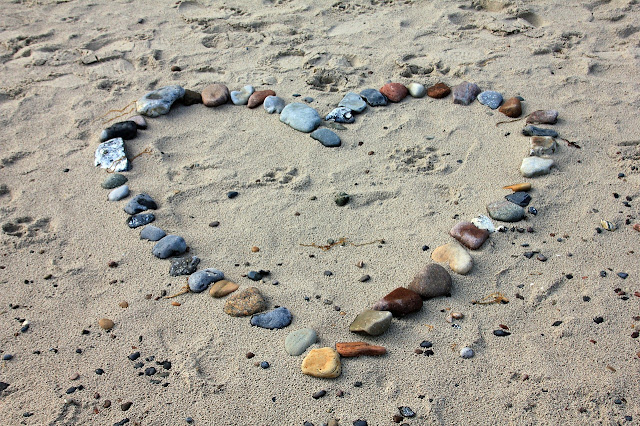