Beauty and Disappointment of Nature in Fall 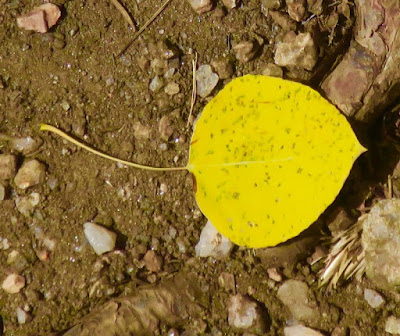 My husband, John, and I came back to our new home in Colorado after a week away. Before we left, the aspens in our yard had just barely started to turn. Still mostly green, a few edges of flickering coins yielding to yellow. The evergreens in the mountains around us had been spiked with patches of gold for a few weeks. We’d driven around reveling in the glory of them, looking forward to their splendor in our first fall here. But the trees in our yard and others in our neighborhood were slower to turn. I wondered why. Altitude? Moisture? Our friend Alan had told us shortly after we’d moved in that we wouldn’t believe our luck when the grove in our yard turned that spectacular, shimmering gold.

We left for Kansas City the night before we’d planned because the meteorologists predicted snow. Not just an early autumn dusting, but an actual winter storm. It wasn’t even the middle of October! But what did I expect in the Rockies? Our seven years in Los Angeles had softened us to weather, despite both growing up in the wintery Midwest. John and I planned to forge toward the East and knew if we didn’t beat the storm we likely wouldn’t get out.

We headed toward Denver, past the airport, and eventually reached Kansas, though the wind was vicious and bitter. John did all the driving that night. I imagine he white-knuckled it through the High Plains the same way I did the next day. When we drove through Goodland, trash and tumbleweeds flew across the road. I half expected Miss Gulch to pedal by while a house spun through a cyclone. We pulled off the highway to gather our wits and decided to press on. That’s when I took an Ativan.

We’ve driven through storms – snow, sleet, thunder, rain; that’s part of living in the Midwest. We met blizzard conditions once driving to Texas for spring break. We had a new car – an Isuzu Rodeo – and the gusts ripped the temporary plates off somewhere in an Oklahoma blizzard.

As a reporter in my twenties, I’d driven about two hours each way one night to speak to a journalism class at Kansas State University. The fog rolled in while I was there. I crept back to Kansas City in our Volvo (the first of seven, I think). Today, I’m pretty sure I’d spend the night in that college town whether or not I had a toothbrush and pajamas… or maybe the fog didn’t creep in until I was in the middle of nowhere and had no choice.

Years later, with my teenage daughter in the car, I’d spun off the road during a storm in Nebraska while heading to an AAU basketball tourney. Providence. Before we panicked and froze, a Highway Patrol Officer came by and said they’d closed the highway behind us sometime after we’d crossed the Iowa-Nebraska state line. We left the car facing backwards and the trooper piled our luggage into the back of his truck and took us to the exit we’d passed miles before. We got the last room in the motel and ate junk food from the vending machine. In the morning, the snow drifted high, but the sky was sunny and blue, the air bracing and crisp, when a tow truck came to pull the Rodeo out of a ditch.

On the way home from another late-spring basketball tournament, my husband and daughter had to take refuge in a church basement on a Sunday night, coming back from Springfield, Missouri, because of tornadoes.

Weather can be daunting, even dangerous, but bolts of lightning and icicles on delicate spring branches are also beautiful if you’re tucked safely inside by the fire with wine or hot cocoa with marshmallows. Nature can be exhilarating, thrilling, and drop-dead gorgeous. It is also unpredictable and occasionally disappointing.

All it took was a week away for the aspens in our yard to turn (Turning on us? On me?) – and drop their brown-gold leaves onto the rocky slope of our yard before we had a chance to see them… their golden glory elusive… a brittle regret... although a scant few hang onto their branches, quaking and hopeful in the biting chill of the wind.