Dear Diary, This Was Cathartic... 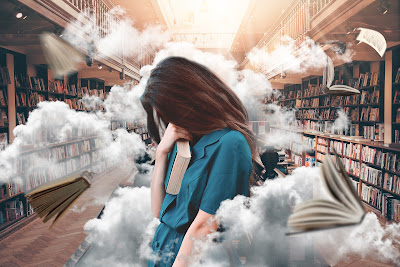 “My friends all tell me I should write a book,” she said, “because I’ve had so many experiences. But I’m really not interested in doing that.”

“What I've found,” I told the person I’d just met, “is you kind of have to feel compelled to write. If you’re a writer, you can’t not write.”

“I don’t understand why people put their personal lives out there. Why do you feel like you want to do that?”

Thankfully, not everyone feels that way, as judged by the likes of popular self-disclosers like David Sedaris, Joan Didion, Augusten Burroughs, Mary Karr, Anne Lamott, Cheryl Strayed, Dani Shapiro and, very recently, Tara Westover, whose memoir Educated was #1 on the New York Times bestseller list, to name a few.

These authors have spoken humorously and heartbreakingly, with brutal honesty about grief, addiction, family dysfunction, mental health, relationships, sexuality, and many other topics that could be summed up as the “human condition.” Granted, I am not those authors. But a girl can dream about Terry Gross interviewing her on NPR’s Fresh Air, right?

And then she said, “Can’t you just use your writing as a journal? Isn’t it cathartic like that?” 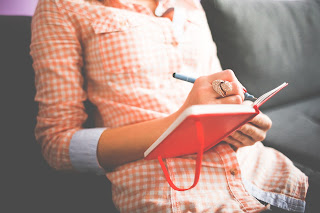 Geez, lady. First of all, I am a huge fan of journaling, morning pages, whatever you want to call it. It’s often the best way for me to get valuable insights into what I’m feeling and why. I have plenty of “aha” moments while spitting out stream of consciousness rants steeped in sadness, fury or joy. I have lots of imaginary conversations on the page in which I can say anything I want. More than once that has kept me from spewing venom to loved ones and not so loved ones alike.

Yes, that is cathartic. But there is a big difference between my messy unedited word vomit and a finished piece, be it essay or full-length manuscript. The latter are crafted, thoughtful, hopefully thought-provoking, usually beginning with Anne Lamott’s suggested “shitty first draft,” then honed into something that’s acceptable and, usually setting perfectionist tendencies aside, deemed “good enough.” Occasionally the process is as smooth and delicious as chocolate mousse. More often it’s an uphill slog in 90% percent humidity to make the words and sentences fit together.

I am compelled to write, so I write. I’ve been in a dry spell. I suffered a loss that I can’t bring myself to write about. Yet. Then I ended a professional relationship that I’d once had high hopes for but had become toxic -- one sided, unproductive and anxiety provoking. I fell into a depressive cycle. I sought help. I am crawling out. Writing helps. 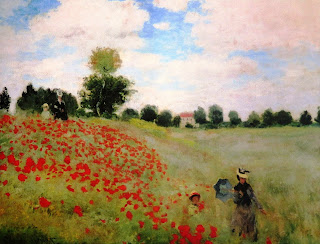 I needed to parse the challenge to my calling as a personal storyteller, which is why I share the brief conversation above. It’s not the first time virtual strangers have called me out. I’ve even been called a terrible mother and a sinner. That was fun!

Everyone has their preferences. Some folks are keen on fiction in the magical realism genre. I prefer memoir and literary fiction. Some enjoy improvisational jazz, while others rock out to punk or oldies. Lots of people love French impressionism but don’t care for abstract expressionism. (Never mind the argument about whether pineapple belongs on a pizza.)

“That’s what makes horse races,” as the old saw goes. 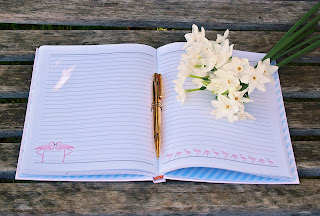 I do wonder though, would this woman ask the same questions of a songwriter or a painter she’d just met? Would she say, “Oh, I’m not interested in listening to a song about love or loss?” Or “I don’t like self-portraits because they're too personal?”

There are occasions when I ought to have kept my mouth shut, so maybe I can give this woman the benefit of the doubt. After all, I don’t know her any better than she knows me. Perhaps she doesn’t have another outlet for her thoughts. She’s not going to stop me from writing my truth, but I have to admit, I feel a bit compelled to buy her a journal and a pretty pen.