The Last Act of a High School Play...

...that's what my dad would have said about this day. Many plot twists. Little direction. No script.

Darling daughter had two teeth extracted with IV sedation--her first experience with mind-altering drugs. Trying to bring her out of it, I ask, "Who is the president of the United States?"

"Idiot," she replies. Well, she's not so wasted she doesn't know what's what. But she is awfully wide-eyed and giggly, like someone has slipped her a pot brownie. I think she likes her buzz just a little too much.

When I get to Osco the prescriptions for antibiotics and pain meds aren't ready. I find this out after waiting in line for 15 minutes. They give me a number and say they'll call me when the Rxs are filled.

"Number 40." Finally. I step to the window and am told that, yes, even though I have a number I have to go to the back of the line. Again. I fume because I've been cooling my heels in Osco for a half hour while my stoned, post-op tweener waits in the car. I contemplate taking her Tylenol 3 myself.

I return to the car to find her on the cell phone with the electrician who was supposed to show up at 8:30. It is now noon. He shows up around 2 and is still here at 6. He was already here

Saturday afternoon. I think I would never be able to endure a remodeling or room addition because I am going crazy with just one person tromping in and out the doors and up and down the stairs. He's turned off the breaker to the air conditioner and I am hot flashing all over the place.

The electrician looks and sounds like Bill Cosby. Except he's blind in one eye and has a hearing aid. He postures and gestures and talks like the Cos. He's funny, but not really in the "ha ha" way. I am trying to figure out how to tell him to just go home when he announces he has to go and will return tomorrow. He has lost a screw on the floor of the garage and asks me to find it by morning.

Darling daughter can only consume "non-particulate" liquids. On a good day it is difficult to adequately nourish her. When she was little she would only eat things that were orange and/or white: mac & cheese, french fries, grilled cheese, fish sticks, chicken nuggets. Not much has changed. She has had a couple of room temperature milk shakes and a few spoonsful of jello. She grudgingly swallowed her first dose of penicillin, claiming it tastes like wood and metal and dirty carpet. She is less than thrilled with the chicken bouillon I give her for supper. When my 18-month-old nephew stops by, he pours what remains of the broth into a candle on the coffee table. At least someone is enjoying the bouillon.

At some point my mom calls with the news that it is time to euthanize Bridey, her cancer-ridden calico. Can I go along for moral support? For once, I say "no," and feel guilty until I learn my brother will go. 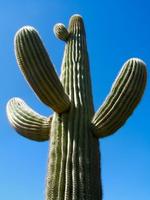 My husband calls from a picnic dinner in the Arizona desert. I am unreasonably annoyed that he is away--it is business afterall. When he says he is standing next to one of those giant Saguaro cacti, I imagine him stepping too close and getting poked by its needles.

My 16-year-old comes home from his job sacking groceries feeling achy and feverish. He is not well enough to go to school in the morning. I phone the attendance lady who gleefully informs me that I had mistakenly reported my 7th grader's oral surgery absence yesterday to the high school, rather than to the middle school.

I am embarrassed. Like I've forgotten my lines or walked onto the stage naked. Now the attendance lady knows: My life is the last act of a high school play.
Posted by Mary M. Novaria a.k.a. "Mims" at 9:02 AM