An Unexpected Gift of Ginger 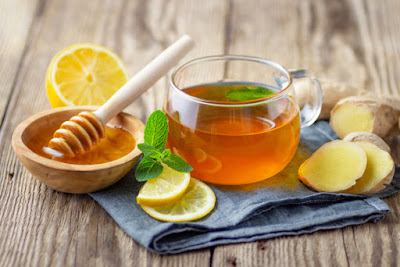 Like serotonin for your soul, ginger root during the pandemic can be a balm for anxiety—among its many other benefits. Mary Novaria spins a yarn about how the superfood brought her relief.
Photo credit: Getty/Dmitrii Ivanov)

Before the first COVID-19 death in the United States, and before I learned of my neighbors’ inclination for hoarding toilet paper, I got my first taste of coronavirus deprivation in the produce aisle.

It was the end of February, two weeks before the World Health Organization proclaimed the virus a pandemic. What would soon become an international nightmare and a horrifying domestic health crisis was weeks away. I was annoyed because there was no fresh ginger root at my local grocer.

Three years later, I still think about these strangers. 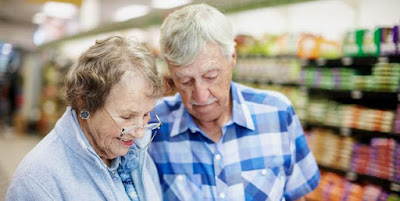 There’s nothing especially unusual or remarkable about the older couple I wheel past at the cheese case in the grocery store. She’s sporting a faded lavender tracksuit circa the 1970s that’s seen better days. Her husband’s khakis are baggy, and he’s wearing a long-sleeved shirt despite the 90-something degree weather. The duo is huddled together, each steadying themselves with one bony hand on the cart as they squint at a wedge of sharp cheddar...or maybe gouda. The cheese has aged, and so have they.
Aging is considered desirable in cheese and wine—but for people? Not so much. Especially not in Los Angeles, California, where there are billboards for Botox, plastic surgeons, and vein clinics on seemingly every block.
Click here to read the rest...

Lessons for a struggling empty nester, from a family of eagles

They called it an “accidental fledge.” The 73-day-old bald eagle wasn’t expected to make his first flight for at least another week or two, but while hopping on branches around the nest and flapping his wings, the eaglet slipped, fell to the ground and sent thousands of online viewers into a panic.
Was he injured?
Would he be safe on his own?
Will he ever come back to the nest?
And, when nightfall came and he had yet to return, Was he alive?
These are the same questions I asked when my depressed and anxious teenage daughter ran away from home and, later, when she moved out on her own. Even now that she is healthy, married and in her 20s, I am sometimes tempted to ask these questions, because I am still a fledgling when it comes to this empty nest thing.
Click here to continue reading...

Historically, people watch the Super Bowl for one of two reasons. They are football fans, or they want to see the ads. Sometimes both. This year, we had a fresh and compelling motivation to tune in when Amanda Gorman became the NFL Championship’s first-ever poet.

Talk about winning the Super Bowl! The poet created “Chorus of the Captains” as an ode to three frontline workers who were named honorary Super Bowl captains. The poem lauds Los Angeles educator Trimaine Davis, Marine veteran James Martin, and Florida ICU nurse Suzie Dorner, who performed the opening coin toss, for their extraordinary leadership during the Covid-19 pandemic.  Once again Ms. Gorman captivated the nation and proved last month’s inaugural triumph was no fluke. Social media gushed with admiration, just as it had a few short weeks before.

My social feed on Inauguration Day felt like one of those coordinated campaigns to make Facebook fun again, despite politics and Covid. A vaccine was on the way. We’d survived the election, claims of voter fraud, and a stunning assault on our Capitol. Finally, it was time for… Amanda Gorman!

Her image – radiant, poised, expressive – dotted my feed in sunbursts of vivid yellow. That coat! Those braids! That poem!

We did not need to be critics or even fans of poetry to know “The Hill We Climb” was something extraordinary. My friends were generous with their praise. Poignant. Inspirational. Mesmerizing.

Then, one Facebook friend burst my Amanda Gorman bubble of bliss by proclaiming the poem “bad.” 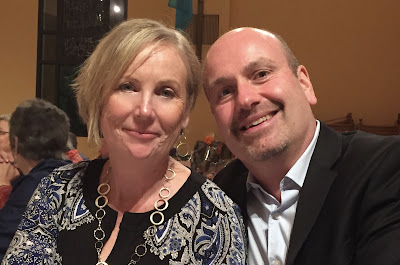 
Four years ago, I was suffering from constant pain and paralyzing fatigue, as well as from depression, stress, and weight gain. I was diagnosed with fibromyalgia in my early forties. Until then, my doctor and I had both chalked up my exhaustion, aches, and pains to parenting active children while working part-time. But eventually, my aching muscles began to keep me up at night. I'd often go back to bed when I got the kids off to school and took naps nearly every afternoon.
Click here to read the story...

Before I knew my daughter was gay, I let her girlfriend spend the night

By Mary Novaria December 15, 2015
It was just an innocent slumber party—two 16-year-old girls eating pizza, dancing to Beyonce and giggling over boys, the same way I did with my friends at that age, except back then we were dancing to Fleetwood Mac. But I soon realized I’d unwittingly put my daughter in bed with the object of her affection when her sleepover buddy came out to me in a series of text messages.
Click HERE to continue reading...

My mom desires a closeness with me now that she never did when I was young.
I’d long suspected my mother didn’t embrace parenting in that fervent, born-for-this way that some of us do. Still, I was stunned the day she actually confirmed just how trapped she’d felt in the confines of motherhood.
She was in a skilled care facility recovering from her third shoulder surgery when I popped in for a visit. My sister-in-law and her three young children had just been there, leaving Mylar balloons and cheery crayon drawings in their wake.

“I look at Jackie with those kids,” my mother said, shaking her head in bewilderment. “It makes me think of the three of you… and there I was, just stuck with you!” 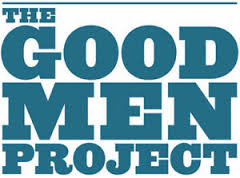 A Sitcom, Matchmaker, and Two
Guys From the Air Force
DECEMBER 12, 2015  BY MARY NOVARIA

It was just an ordinary night in America, with
two men taking a chance at love.

It was our very first sitcom taping so my husband and I had no idea what to expect. I was surprised that so much of the action actually took place, not on the set, but in the audience, highlighted by a charmingly unexpected feat of matchmaking involving two bachelor members of the U.S. Air Force.

I Gave Up Dairy And It Completely Changed My Life

​But it was not an easy road. 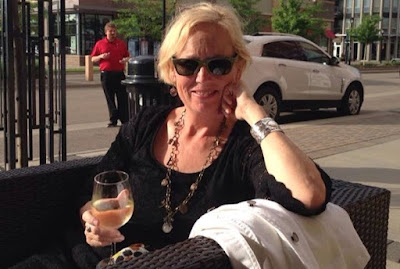 
Cheese was my quintessential comfort food. I was the person who made a beeline to the baked Brie at cocktail parties. Baked potatoes, chili and tacos were merely cheese delivery vehicles, a simple base upon which to heap mounds of shredded cheddar and Monterrey Jack. And don't even get me started on the wedge salad. Sure, it's got bacon, but it was the creamy, crumbly, blue cheese goodness that had me at "hello."
My lifelong romance with cheese came to an abrupt halt three years ago when a new doctor – a naturopath – suggested I give up dairy. I'd sought her help for some ongoing health issues, including chronic pain, fatigue, depression and an inability to lose weight—what many now call FLC Syndrome: Feel Like Crap.
Click here for the full story...

Why I Chose to Have My Tubes Tied
Our family was complete, and we didn't want any "happy accidents."
NOVEMBER 5, 2015     By Mary Novaria


I was Fertile Myrtle. All I had to do was think about getting pregnant and—boom!—there was the plus sign on the home pregnancy test. It’s a miracle I didn’t get knocked up the first time I (stupidly) had unprotected sex (he withdrew). I went to Planned Parenthood the next day, got on the pill, and stayed on it for seven years.

Shortly after my husband and I decided it was time to start a family, we took a vacation, a kind of second honeymoon. Nine months and 18 hours of labor later, we became a family of three with the birth of our son.
Click HERE to continue reading... 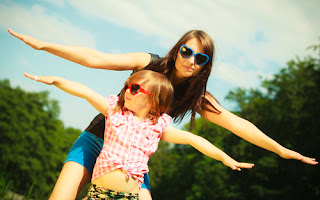 Not So Divine Secrets of the Bullwinkle Sisterhood

I alternately dreaded and looked forward to the day when I could share the ancient mysteries of womanhood with my daughter, like the Old Testament women in The Red Tent, or with some kind of Divine Secrets of the Ya Ya Sisterhood ritual. But our ‘talk’ achieved neither biblical nor ceremonial proportion. In fact, I don’t remember it at all. It’s the talk with my own mother, with its peculiar juxtaposition of perfunctory instruction and a cartoon reproductive system that overshadows all of my mother-daughter bonding fantasies.