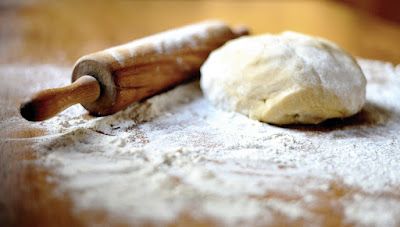 Instead of the usual weekday routine, on the day before Thanksgiving, my morning reflections are inspired by the baking of pies. I creep downstairs to a quiet kitchen, put on the kettle for tea, and open the refrigerator to remove the pastry dough I made the evening before and carefully wrapped to chill overnight.

Before peeling and cutting the fruit, I reach for my phone and open the app for our local NPR station. The news is grim. Mass shooting. Again. This time in Virginia. Just days after the one at Club Q in Colorado. Guns, I think, are as American as apple pie. But pie shouldn’t be tainted by senseless murder.

I turn off the news and put on the new Taylor Swift. Nope. A podcast. Ugh. None of it is right. Restless, I lean into the quiet and let the silence speak as I pick up the paring knife and get to work on the apples. 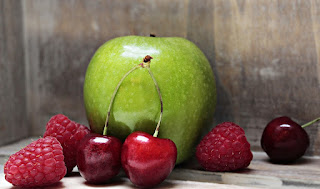 Lime green gets all the attention, but the peel of a Granny Smith is a thing to behold, as bright and crisp to the eye as its flavor is to the palate. Combined with the red curls of the Honeycrisps I’m mixing in, I will myself to not think of Christmas. Red and green are ubiquitous, hurrying as fast as they can to leave pumpkin and autumn behind. I’m determined to stay present, to steep myself in Thanksgiving until my gratitude is burnished, rich and coppery like a mug full of Irish Breakfast tea.

My mother was a champion pie baker who once won a blue ribbon for her apple pie at our town’s July Fourth celebration. I could always count on her to make the pies for our family feasts. Then there was the year when she just couldn’t figure out how to do it. Maybe that was the beginning of the end, the before and after moment. The baton was passed. I never roll out the dough without thinking how much better she was at this than I am.

In Ms. Stewart’s recipe, after mounding the apples into the bottom crust along with sugar, cinnamon, and dots of butter, she says: “Roll out a circle for the top.” That’s it. No biggie. Sure, Martha, it’s the easiest thing in the world. So I take my time. I do not rush. No need to beat the clock. The pies aren’t competing for attention this year with the turkey or the sweet potatoes. 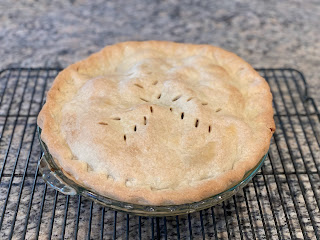 After sprinkling flour on the countertop, I use my mother’s rolling pin and marvel in the elasticity and forgiveness of the dough. Now that's something to aspire to. I imagine pizzerias with Italian men tossing unbaked crusts into the air. The pastry is cooperating, which is something because there have been times when I’ve fought with it, wrestled with it, cried over it, and wondered why I didn’t just buy the Pillsbury things that come in red boxes from the refrigerator case.

I peel off my sweatshirt as the kitchen heats up; the oven tick tick ticks its way to 400 degrees. The dog comes in to check on me. No cheese or fish here, so he returns to the sofa. I use the tip of the knife to make vents in the top of the crust. The fine cuts remind me of bird claws. I think of family half a continent away. They, too, are preparing their Thanksgiving feasts. I send them silent prayers and wonder what kind of pies will be on their tables. I slide the apple pie into the oven and turn my attention to the deep garnet of the cherries before rolling out another crust. 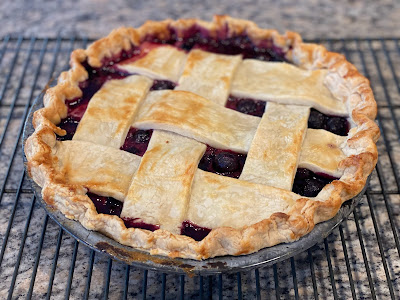 Want more Thanksgiving content from A Work in Progress? Check out:
If All the World Were Apple Pie
Grief and Gratitude
To Grandmother's House We Go... Until the Stores Open
Posted by Mary Novaria at 10:48 PM