Historically, people watch the Super Bowl for one of two reasons. They are football fans, or they want to see the ads. Sometimes both. This year, we had a fresh and compelling motivation to tune in when Amanda Gorman became the NFL Championship’s first-ever poet.

Talk about winning the Super Bowl! The poet created “Chorus of the Captains” as an ode to three frontline workers who were named honorary Super Bowl captains. The poem lauds Los Angeles educator Trimaine Davis, Marine veteran James Martin, and Florida ICU nurse Suzie Dorner, who performed the opening coin toss, for their extraordinary leadership during the Covid-19 pandemic.  Once again Ms. Gorman captivated the nation and proved last month’s inaugural triumph was no fluke. Social media gushed with admiration, just as it had a few short weeks before.

My social feed on Inauguration Day felt like one of those coordinated campaigns to make Facebook fun again, despite politics and Covid. A vaccine was on the way. We’d survived the election, claims of voter fraud, and a stunning assault on our Capitol. Finally, it was time for… Amanda Gorman!

Her image – radiant, poised, expressive – dotted my feed in sunbursts of vivid yellow. That coat! Those braids! That poem!

We did not need to be critics or even fans of poetry to know “The Hill We Climb” was something extraordinary. My friends were generous with their praise. Poignant. Inspirational. Mesmerizing.

Then, one Facebook friend burst my Amanda Gorman bubble of bliss by proclaiming the poem “bad.” 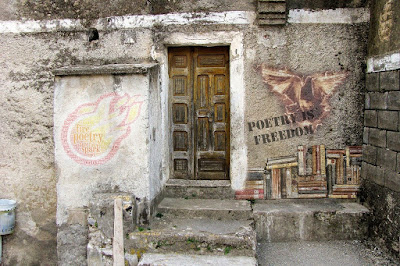