Surrender, Serenity, and the Ho-Ho-Hot Mess that is the US Mail 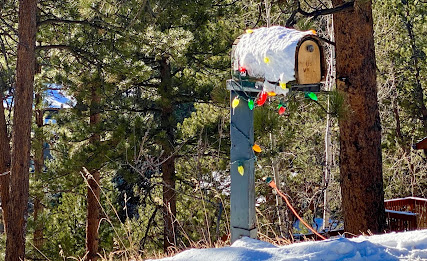 I trusted the post office to deliver holiday gifts to loved ones. I knew the system was stretched as thin as most mothers are this time of year but figured just like we manage to bake the cookies, deck the halls, whip up a Christmas morning strata, and get that last stocking filled, the once-venerable, old institution was up to the task.

You see, I was raised to believe in the US Postal Service’s unofficial motto.

“Neither snow nor rain nor heat nor gloom of night stays these couriers from the swift completion of their appointed rounds.” 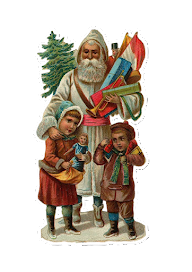 I now know this is as implausible as Santa Claus. Much as I want to believe in the chubby, bearded man in the red suit, who has an impressive command of an overloaded sleigh, pulled by an octet of reindeer, I surrender to the facts.

Claus is a myth, and so is the notion that there is anything remotely “swift” about the Postal Service’s completion of its rounds.

I will avoid the low-hanging fruit of blame. We all know there were postal shenanigans in 2020. Not to mention the Covid pandemic, which reportedly has sent more than 14,000 postal workers into quarantine.

In defense of our local postal employees, I do not blame them. In LA, we were on a first-name basis with two of our carriers, an unexpected delight in such a large city. I know most of these beleaguered workers – who somehow manage to be patient, friendly and helpful in our zip code – are doing the best they can to carry out their duties in a system that does not put the “fun” in dysfunctional. 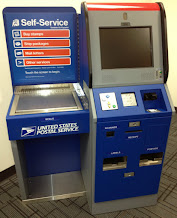 The day I went to mail our parcels, there was a daunting line winding toward the post office counter. My husband John came with me for moral support and heavy lifting. I think he was a bit incredulous when I suggested we avoid the counter and use the self-service kiosk to mail our dozen packages. There were only two folks ahead of us in that line and they were fast. The queue grew as I placed each addressed item on the scale – so much pressure! – but the gal behind me said she was impressed by how quickly I processed our gifts. Phew.

The tab for posting the presents (most were 2-Day Priority Mail) was $121.30. I’d already purchased $55 worth of stamps a week or so before for Christmas cards. I didn’t mind because I wanted to support our long-suffering postal service. Besides, it would’ve been far more expensive to engage UPS or FedEx. 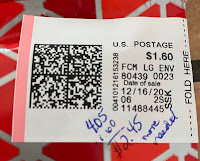 Two days later, I began to regret my allegiance. I had trusted the US Mail despite the disappearance of a supposedly delivered package that had been missing for more than a month – one of three books ordered in September from a struggling LA indie bookstore which had put out a desperate appeal for support. (You try to do something nice…) Now, a lightweight envelope I’d sent to my cousin and his wife in Philadelphia had been returned to my mailbox with postage due of $2.40. This despite the weighing, measuring and robotic transaction at the self-service kiosk.

Annoyed, I thought it was the last straw. It wasn’t. 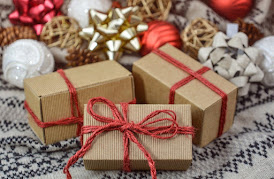 I could live with “estimated delivery dates” of December 19 and December 21. My gifts would get to their destinations in plenty of time to be placed under our loved ones’ trees, right? Well, mostly, although a couple of them, including my daughter’s, were Christmas Eve nail biters.

This is where the USPS begins to resemble a bad boyfriend: unreliable, disappointing, and impossible to figure out.

My brother lives in Leawood, Kansas, about 600 or so miles east of us. Inexplicably, the gifts we sent to his three teens traveled 2,164 miles (thank you USPS tracking) before reaching them nine days after their estimated delivery date, and three days after Christmas. 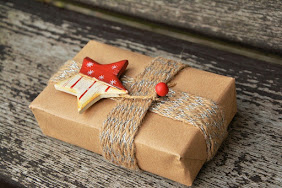 Packages to Anchorage, Florida, and both coasts arrived sooner. I shudder to think where the cards I mailed to Ireland wound up. Bulgaria?

How on earth can it take 12 days for one box to arrive at a destination we could (in non-Covid times) drive to in 10 hours? Why did the package make a stop in Las Vegas? And how come it spent four days moving between five Kansas City metro post offices?

Maybe the postal fiasco is a metaphor. There are an infinite number of things I will never understand about 2020… Questions without answers… Problems with no solutions... Headaches and no relief.

The year has given us one opportunity after another to celebrate Festivus. Talk about the “airing of grievances!”

It’s also been a good time to recall the Serenity Prayer. You probably know it:

Or, as Seinfeld’s Frank Costanza would say, “Serenity now!”

In the spirit of Festivus, Christmas, and our collective serenity, though, is there any chance the postal service can be granted the wisdom to change its darn motto?