Lessons From an Accidental Campout 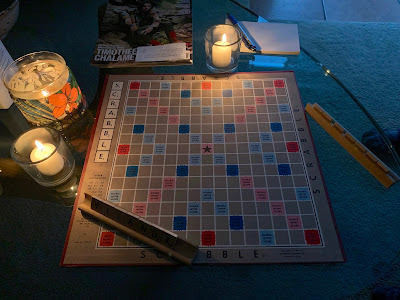 John and I went camping a couple of weeks ago. Toasty fire. Dinner by flashlight. Scrabble by candlelight. “All Things Considered” on a hand-cranked radio.

If I’d had more notice, I’d have had the makings of ‘smores on hand. But this wasn’t one of those adventures for which you plan ahead (unless you are one of our overachieving neighbors with a generator). This was an accidental campout.

It began at 7:45 on a Monday morning, when our little rural mountain electric co-op texted that we were part of a widespread outage. That we got the text at all was amazing, since our cell service up here generally ranges from zero to half a bar.

We heat the house with propane, but we need electricity to turn on the furnace. The house was cold and would get chillier as the day wore on. John and I sat in bed and stared at our phones while wearing puffy jackets and stocking caps. No hot coffee. No hot tea. No hot anything. The text from the co-op estimated our power would return between 10 a.m. and Noon. No problem, I thought, before I nodded back off into a sleep of denial.

I grew up going camping. As an adult I recognize what I didn’t as a kid: Against the odds, my Manhattan-born, city-kid dad had evolved into a bit of an outdoorsman. Not that he was hunting and climbing mountains, but he cultivated an appreciation for nature, which he passed down to his kids. He even started birdwatching.

Dad did nothing halfway. A perfectionist, he researched and planned trips to the Tetons and the Rockies, through Ontario and Quebec, and to places closer to our Chicago-area home, most notably to Peninsula State Park in Door County, Wisconsin.

We began with an old canvas tent he found at an army surplus store and later graduated to a Starcraft tent camper. We pulled that pop-up trailer all over the country, often with a canoe strapped to the top of the car. We had coolers and lanterns a propane-powered stove, which my mother used to warm up canned beef stew, boil hotdogs and scramble eggs.

One year we all got fishing poles, but we were unsuccessful anglers, and the lure of that sport wore off quickly. We added to our gear in Canada, where we all donned hats with nets to protect ourselves from that summer’s vicious black flies. My dad, who was never a boy scout, nevertheless often quoted the scout motto: Be Prepared.

John and I took our kids camping only a handful of times. We went with a large group to a church campground and, although we slept in a tent, we were hardly roughing it. Communal meals were served in a dining hall where there was always hot coffee on hand. When we became empty nesters and moved from our suburban home, we rid ourselves of a couple of tents and all the sleeping bags. Now that we live in Colorado, I wish we had it all back. In fact, a part of me longs for that old Starcraft pop-up tent camper and I wonder if we could pull it with our Suburu.

The key to the success of camping, or of any worthwhile venture for that matter, is in the planning. You need the right gear, you need the right mindset, you need the right support. My dad was a keeper of lists. He carried a little notebook in his back pocket and made lists for everything. If he were still alive, he probably would’ve suggested that John and I buy a generator for the next time the power goes out. That way we would be prepared: The well pump would work, the furnace would come on, and we’d have internet and television!

The power was out for 15 hours.

I will say we were prepared enough in our random way. We keep half-gallon jugs of water on hand. We had the AA batteries required to get the auxiliary power going on one of the gas fireplaces, so when the temperature upstairs was 51 degrees, we were actually quite comfortable in the downstairs guest room. We were prepared enough to have turkey sandwiches and cold pizza for dinner. We got to eat the ice cream before it melted. And I have enough candles in the house to get us through a few more blackouts.

Today, the house is warm, the snowy view is gorgeous, the new dog is sleeping by the fire, and the turkey is in the fridge. It’s not the Thanksgiving any of us expected a year ago, but it is still Thanksgiving, regardless of how many or how few people are gathered around the table.

A wise pastor friend once told me preachers often deliver the messages they themselves need to hear. Similarly, I write to remind myself of what I believe to be true, but often need to repeat like a mantra: Embrace things as they are. Cultivate gratitude. Count my blessings.

After I’ve set my table and poured the wine, and the feast for two is ready to serve, I will light candles. I will be intentional. I will be grateful. Because how can I possibly celebrate Thanksgiving if I don’t give thanks? 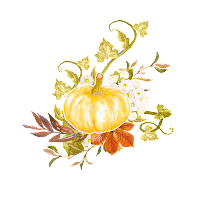 To Grandmother's House We Go... Until the Stores Open

If All the World Were Apple Pie