Things That Fall From the Sky 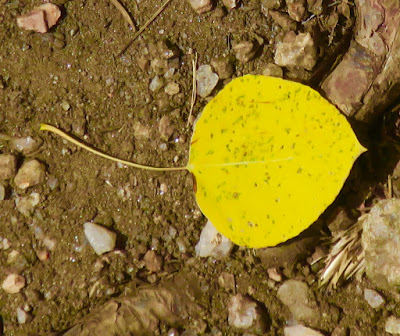 The sun came out this morning revealing blue sky for the first time in days. The snow started late on Labor Day evening and fell throughout Tuesday, bookending a short summer that began with a Memorial Day weekend storm. Snow in September is not the norm here, even at 9,500 feet.

We lost a tree outside the kitchen window. There are broken branches on the ground which will give my husband a chance to use the chainsaw he bought this summer. We are becoming mountain people. 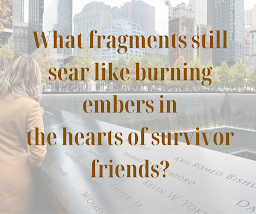 I am astounded by the resilience of the Aspens. Some of them bowed to the ground for three days, still-green leaves heavy with ice. This morning, they stood upright having shaken off the early winter assault.

Yesterday, under a thick blanket of fog, the thaw began with the rhythm of a rainforest as the Aspens, Lodgepole pines, spruce and firs shed their melting snow. When the showers continued this morning, I began to reflect on things that fall from the sky.

On September 11, 2001, New Yorkers staggered ghostlike down Manhattan’s sidewalks and streets, covered in gray dust rained down from clouds of ash and debris. What spectral memories haunt them 19 years later? 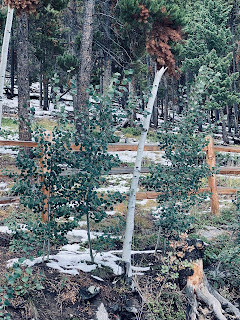 What fragments still sear like burning embers in the hearts of survivor friends? A husband on American Airlines Flight 11 from Boston, which crashed into the World Trade Center’s north tower… A father on United Airlines Flight 93 from Newark, whose passengers, before the plane crashed in a Pennsylvania field, banded together to thwart the hijackers’ intent to attack the U.S. Capitol… A journalist, on his way to work, who became an eyewitness to the attack on the Pentagon.

California is burning. Colorado is burning. Oregon and Washington are burning. Despite being far from the fires, we have had ash drift onto our deck. Off and on here for the last month or so our skies have been smoky, my throat irritated, our air quality suspect. On Labor Day, a man on the hiking trail said he felt like a pack-a-day smoker. Friends in California tell of falling ash, pungent, burning wafts of air, and apocalyptic skies.

When folks are evacuated from fire zones, they have no idea what they’ll find when they return. Do you ever think about what you would take? Paintings… jewelry… that box with important documents? What things could you not bear to lose in a fire? 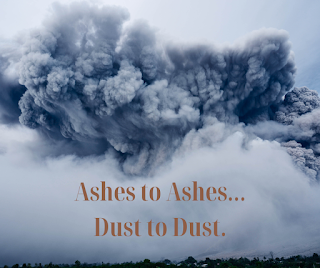 What can you not bear to ever lose?

Maybe today begins like any other day. Perhaps it ends with profound loss. Do we memorialize that loss? How do we recognize our country’s collective loss of 192,000+ souls from Covid-19? Or the homes, people, entire communities and millions of acres sacrificed to fire? How do we mourn the disintegration of love, truth and friendship… democracy, environment and integrity… hope, faith and trust…  and even sanity, all the things that lead to despair?

Ashes to ashes. Dust to dust. 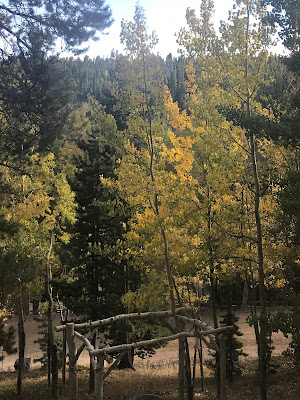 The Aspen that succumbed to an untimely death outside our kitchen window had already begun to reproduce. On either side of its bare, snapped, silvery trunk, stand six healthy saplings that somehow weathered the storm. Perhaps the larger, older tree protected them, its branches, like a mother’s arms, stretched out to shelter her young until she was no longer able to bear the burden, or until she knew they could fend for themselves.

Those Aspens, and the others on our little Colorado homestead, soon will turn gold. As they quake and shimmer like leafy coins, I will remember all that’s come to pass under skies of gray, blue and orange, and trust that hope, healing and peace will multiply generously, like seedlings, and that we will be nourished by frequent rains of grace.