Memory of a Memoir: Prozac, Depression and Writing 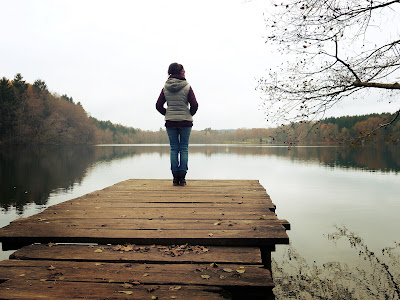 As if gray, post-holiday, winter days aren’t dreary enough, the sad news came of author Elizabeth Wurtzel’s death from breast cancer. She was only 52. Her seminal work, Prozac Nation, had a profound impact on me when I first read it as the mother of two young children back in the mid 1990s. 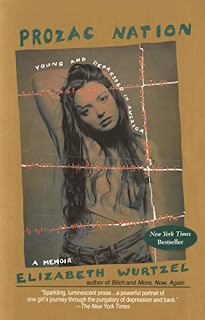 I can still see myself turning the pages, propped up on my bed in the new Kansas house. My eldest was probably in First Grade and my youngest napping. It was before we’d decorated the bedroom or renovated the master bath. The walls were still that grayish builder’s white and the comforter on the bed, from early in our marriage, was worn and faded, which was how I felt sometimes, too. My memories of reading Prozac Nation are linked to place and time like no other book I can recall. Sure, I might remember reading this book on an airplane, or that one at the beach, but I am so rooted to that snapshot of my thirtysomething self with my nose in Wurtzel’s book.

Not long before, I’d begun to see a therapist for the first time, in part, sparked by a comment made by a casual friend.

“Wow! You’ve really made it when you’re in the Junior League and on the Altar Guild at St. Andrew’s.”

Then why am I so miserable?

Much as I loved my kids, there were times when motherhood and housekeeping were overwhelming. I was doing some freelance public relations work and, oh yeah, those Junior League and church commitments.

Perfectionism and exhaustion had set in. Not for the first time. And not unlike the winter blahs that I have reluctantly greeted many years around this time, the seasonal blues that knock on my door like the UPS driver, leaving recycled parcels of apathy, sluggishness and procrastination. In our new home, under a bluebird sky, I wonder optimistically if the Colorado sunshine will banish, or at least take the edge off, my cyclical malaise.

One of my biggest takeaways from Prozac Nation was the realization that I had suffered from depression off and on since adolescence. At the time, I didn’t have a name for what I felt. it was considered teenage moodiness, but did other teens sit in their backyards and contemplate cutting themselves with a broken Coke bottle? 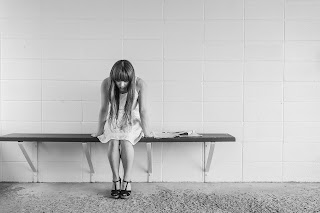 I’d grown up in an era where people were mostly considered either “batshit crazy” or “normal.” I was not aware there was an in-between. Apparently, it had not occurred even to my well-educated, liberal, and open-minded parents that my directionless teenage self – complete with slipping grades, acting out, and crying jags – might benefit from some professional help. That was a discipline problem, a self-control problem, not a mental health problem.

Wurtzel’s raw honesty about her own mental health was an eye opener for me and launched a national conversation not only about depression, but the medications used to treat it. Prozac was the first drug of its class – selective serotonin reuptake inhibitors or SSRIs – to be marketed in the United States, and it changed the way doctors prescribed psych meds.

Although Wurtzel’s depression presented itself very differently than mine, Prozac Nation enabled me to put a name on my discontent and irritability. I was depressed…

…which leads me to why I love memoir as a genre. 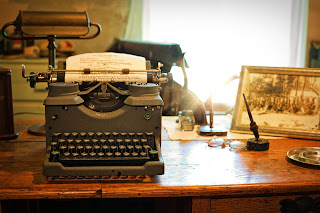 The reason many of us write personal essays and memoir is so others may know they are not alone in their circumstances, dilemmas, and despair. As my wise friend, mentor and NYT bestselling author Laura Munson suggests, “Reach out a hand to your reader.” There is no better feedback for an author than to have someone say you’ve touched them or helped them in some way, or in the words of Anne Lamott, they read your work and say, “Me too!”

When I read memoir in all its confessional, empathic glory, I am reminded that I am not, in fact, terminally unique… that the path I walk and the thoughts that claim my attention are similar to, or even the same as, what others have experienced. Me too!

Wurtzel’s book, by the way, is often credited with opening the floodgates for writers willing to illuminate the most personal aspects of their lives. Even though my particular journey is different than hers or those of, say, Mary Karr, Cheryl Strayed, or Jeannette Walls, I can recognize certain parts of myself in Lit or Wild or The Glass Castle. 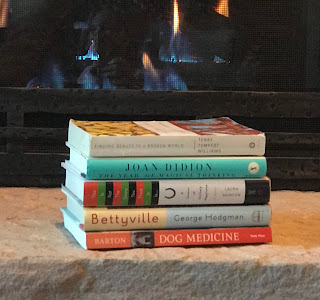 The memoirs I’ve read encompass a wide range of topics and moods. Some are encouraging or heartbreaking, while others are eye-opening or hilarious. I’ve listed a handful below that, like the stories I’ve already mentioned, have made an impact on me. Because looking at life through another’s lens, seeing their world view and life experiences, garners not only knowledge and inspiration but, ideally, compassion. And that’s something we need a lot more of around here.

Besides, one of the ways to nurture ourselves when we've got the winter blues is to curl up with a cup of tea and a good book.