Going Postal: It's Not What You Think.


The postman doesn’t ring twice. He knocks because we have no doorbell. He leaves the package by the door, knocks and scurries back toward his truck. I open the door to the tall narrow brown box leaning against the outside wall.

“Thanks, Joseph!” I call, and Joseph, who’s wearing a pith helmet, turns around and I get his customary beaming smile.

‘’It’s an ironing board.” I don’t know why I’m compelled to tell him what’s in the box, but I do anyway.

“You know you can just go get that at Walmart?” he teases.

Joseph laughs and says, “They’re keeping me in my job!”

Aha! So Amazon is not putting the post office out of business after all.

Until we moved to Los Angeles, I’d lived my whole life without knowing the names of the people who delivered the mail. It seems odd when you consider how much these folks probably know about us. Kind of like Santa. They may not see you when you’re sleeping or know when you’re awake, but they know when you’re on vacation, leaving an empty house. They also know if you subscribe to dirty magazines, get letters from the IRS or are summoned to traffic court, as well as how many Amazon Prime boxes they drop on the doorstep each week. 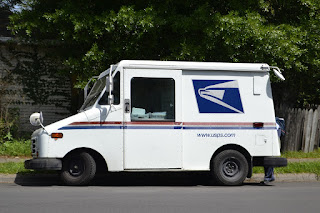 My previous “letter carriers” (gender neutral, politically correct and deemed acceptable by the Associated Press) were anonymous and not what you’d consider the least bit gregarious. In fact, they exhibited no personality at all, like interchangeable postal bots that delivered bills, magazines and greeting cards. (One nameless, faceless postal worker ran over our cat, but that’s another story.)

I never knew their names. But they obviously knew ours. I wonder if they ever took a moment to read the back of picture postcard or hold a mysterious envelope up to the sun to glean its contents. Is there some kind of carrier-client privilege or secrecy oath that prevents them from sharing our business with Gladys Kravitz across the street? And what of the dour, humorless cyborgs behind the counter at the Post Office. Were they once genial and warm like Joseph, but became terminally crabby after hefting the crippling mailbag and fighting off dangerous breeds of dog over the years? I imagine those are the employees who "go postal" in the ballistic sense. One such specimen in our local Post Office managed to be especially surly over the holidays despite wearing a Santa hat. Who's on the naughty list now?

Our Joseph is chatty and über friendly, but I don’t peg him for a gossip. He’s never spilled anything to us about the neighbors. We do know that his wife is getting ready to retire from her nursing job at a major university medical center, that his son just graduated from nursing school, and that his daughter, although she is a nurse, is practicing interior design.

Although he drives our hilly neighborhood, Joseph carries the bag on the flat streets down below. If I walk the dog alone and run into Joseph on his rounds, he always asks, “Where’s Mister?” He inquired the other day if John knows about finances. He wants to figure out if he can afford to retire yet. Ha! There’s reason people are journalists and English majors. Retirement thoughts aside, Joseph says he loves his job delivering the mail, and hasn’t complained once about all the Amazon packages. He doesn’t even mind when it rains. Fortunately, he never has to worry about the snow associated with the Post Office’s unofficial motto.

When we lived in Santa Monica, our letter carrier was Darlene – pronounced DAH-lene because she was from New England. She had long, greying, curly hair, walked her route wearing compression stockings and orthopedic shoes, and suffered from bad knees. She must’ve had that same hardscrabble, pull-yourself-up-by-the-bootstraps fortitude my Massachusetts mother had, and I admired her ability to soldier on through such physical work. Like Joseph, Darlene was amiable, chatting about her two school age kids – one boy, one girl – and her upcoming knee surgery. She was a steady presence in a bustling community, a familiar soul I saw five days a week, and I missed her when we left that neighborhood.

This vast, sprawling metropolis is arguably home to the world’s largest population of stars and wannabes. It’s what LA is known for. It’s the reason tour buses clog the streets of Hollywood and visitors buy star maps to scope out their favorite celebrity homes. You could argue that LA is a company town, that half the people you know here are in some facet of “the business.” But there are many cultures here beyond that… people who don’t have to be on television or on the radio or on the silver screen to bring richness to our lives. 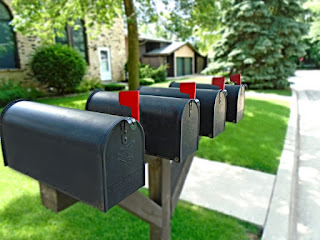 In a world where we are bombarded constantly by news that is disturbing and confusing… where rhetoric and policy reek of meanness… where many days down is up and up is down… It’s the everyday Joes and Darlenes who make the difference. They are the convivial folks who take pride in their jobs, whatever their chosen path. They return a smile, stop for a chat, and pat the dog. Above all, they are simply kind.

And it doesn’t cost them anything. You don’t have to order kindness online or go to Walmart or even a specialty store to find it, but it sure can make a person feel like a million bucks. And, best of all, shipping is free.