Get the Picture? A Father's Legacy and the Love of Art

BY MARY NOVARIA
June 17, 2016
Published by The Good Men Project 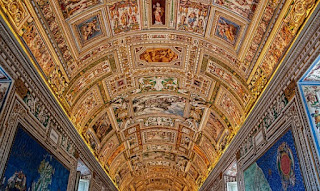 My dad was a first generation Irish-American who grew up playing stickball on the streets of New York. His father, a laborer from County Tyrone, had an 8th grade education, never took his family to a museum, and didn’t play classical music in the home. The radio, which was considered a luxury, was for listening to “Jack Armstrong, The All-American Boy” and the New York Giants baseball games.

My father was in his 30s before going to the top of the Empire State building—he took out-of-town guests—and was well into adulthood before he was exposed to the treasures that lay behind the doors of MoMA or The Met.

I'm Not Sally Draper But I Could've Been

BY MARY NOVARIA
March 27, 2015
Published by the Huffington Post

When Don Draper began showing up on Sunday night television, his visage shook loose the earliest memories I had of my dad. It’s not that the “Mad Men” protagonist is my father’s doppelgänger, exactly, but there are definite similarities. In many ways, the Drapers depicted on the AMC show, which airs its final seen episodes beginning April 5, paralleled my own family in a number of ways.

The Drapers lived in Ossining, N.Y., and so did we beginning in 1963. Before that, we lived in a Bronx apartment building on Fordham Hill, a place I hadn’t thought of in years. But one glimpse of Don Draper in Season 1—complete with khaki raincoat, fedora and briefcase—and I was back on the 14th floor, watching from a window as my dad walked down the drive and toward the street. I imagined him turning around, looking up to wave, and adjusting the brim of his hat before heading to the train station a couple of blocks away.

How I Let My Father Take Secrets to the Grave

BY MARY NOVARIA
JUNE 21, 2015
Published by the Huffington Post

This is my fifteenth Father’s Day without my dad.
He died of heart failure four days before St. Patrick’s Day, a couple of months shy of his 79th birthday, and after a year of hospice care. He took his last breath quite peacefully while I sat by his bedside with my mother and Seamus, my parents’ big, fluffy, orange and white cat. I was stunned by how clear it was that my father’s spirit had left his body. Only his earthly container remained. A shell of him lay still and quiet and cool on the bed ... but he was gone. And so was a family history I’d neglected to plumb. 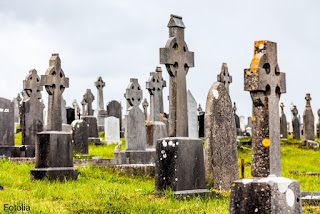 Some people seem to be supernaturally connected to loved ones who’ve gone on to the great beyond. Not so for me. Oh, I can imagine what my father might say or think about something, what movies he’d like to see, or what books he’d be reading if he were still here. And I’ve wondered how much he might know about our earthly lives here without him. There are things I hope he doesn’t know and others I wish he did.

BY MARY NOVARIA
JUNE 19, 2011
Published by A Work in Progress 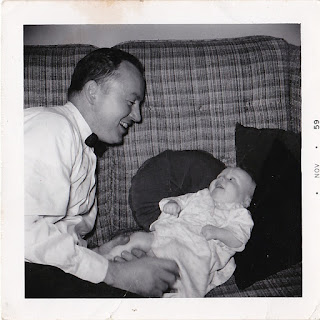