I Thought There'd Be More Lunches 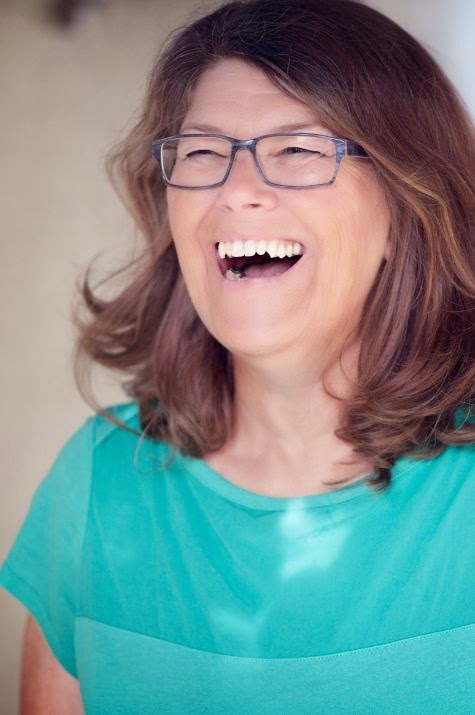 I’ve met a lot of people in the 2½ years I’ve lived in LA, and one of the best of the lot was Karen. We met at a writer’s workshop put on by our mutual friend Vicki Abelson a couple of years ago. Each month, Karen and I were part of a group of women gathered around Vicki’s dining table to read aloud and gently critique each other’s work.

Karen had presence. Her readings were performances that drew you in. She was engaging. She always had a smile and a twinkle in her eye. I secretly coveted her thick, lustrous, long hair, because mine is fine and is scraggly if I try to grow it out.

Karen and I had a bit of a mutual admiration. We genuinely loved what the other was writing. I couldn’t wait each month to hear the next chapter in Karen’s story of the years she lived in France as a child. Because we both were writing about our families, we felt a little bit like we knew each other’s kin. “How are Anna and Paul?” I’d ask, when I wanted to know how Karen’s memoir was progressing. I was impressed with the way she was transcribing the story she’d first written longhand in a series of black & white, college ruled, composition notebooks.

Karen made time for writing between clients. She was a director and a dramaturge with a unique ability to coach clients, helping them develop raw bits of stories into impressive, full-fledged, one-woman shows for the stage. She also was a professional organizer. And she was working with her friend, Steve, on a screenplay.

We had lunch occasionally, usually somewhere healthy, sometimes after she’d had a swim. We discussed the books we liked and our writing—where we were stuck, any breakthroughs we’d had, and what our hopes were for the manuscripts we planned to finish before long. Once, last summer, Karen came to my house for lunch and didn’t leave until after six o’clock. That’s how much we had to talk about. A few months before, Karen, Vicki and I met for lunch at Lemonade. Of course we all talked about our writing.

I thought there’d be a lot more lunches.

In early February I fixed lunch for Karen. We’d been to her acupuncture appointment. She was exhausted from the chemo she’d been getting for the past three months. I know she felt like crap. She had no appetite but knew she needed to eat to keep up her strength. She’d lost most of that beautiful hair and lost too much weight, but she was still Karen. We discussed the books I'd lent her—Olive Kitteridge and The Elegance of the Hedgehog. She never complained to me. Not once. She was upbeat and positive.

Because Karen was so optimistic, so was I.

I had no idea that was the last time I’d see her. My sweet friend has lost her battle. Vicki called… and then Wendy Hammers. There were tears and will be more, I’m sure. Karen has lots of friends; most have known her far longer than I have. We are all stunned. I mean, of course we know this happens—and has happened—to others. But to Karen? It just doesn’t seem possible. And it was so fast. A little more than six months start to finish. I really thought she’d beat it. I thought there’d be more time. I thought I’d get to read her book and see her film. And have lunch.

We were planning to do Wendy’s Tasty Words show together at the end of April here in LA. We planned to read stories we’d written about Paris and, because I’ve never set foot on stage before, I was counting on Karen to hold my hand a little bit. She texted me a week or so before she died:

Still imagining we’ll be on the slate together in April.
Why not dream?

Why not, indeed? I’ll be dreaming that Karen is right along side me.