I Found My Voice and Lost My Cheese

NYT best-selling author Laura Munson (This is Not the Story You Think it Is...) opens up her blog to alums of her Haven Writing Retreat in Whitefish, Montana. She asked us to submit pieces about what it took to get ourselves to the retreat, what our blocks were, and how the retreat has informed future decision making when it comes to creating possibilities for ourselves in the field of our dreams. The theme is: I Gave Myself the Gift of a Haven Retreat. So Now What? You can find other entries and learn more about Haven here.

I left my shoes on the porch and stepped into the lodge feeling like a fraud.
When I arrived at Haven I’d lost confidence in my words and in myself. The past five years had been a morass of caregiving for an aging mother and teenage daughter, both incapacitated by maladies that my words, written or spoken, just couldn’t fix.
Although there’d been scant time and even less energy to write, when I got to Haven, I’d somehow managed to scratch out about 75 rough pages of angst, the meager beginnings of a memoir. A mother, a daughter, a grandmother—two slices of bread (them) and a slab of bologna (me)—assembled into a complicated mess of a sandwich.
Deep down, I didn’t really believe I could do it. Not in the way you have to believe in yourself and trust in your story in order to actually write a book. I was frozen, stuck, unsure of how to dig myself out.
But the ranch is warm. Even when your boots crunch down on the icy dew as you walk from the guesthouse to the lodge. Even with the lake shrouded in a gray mist that obscures the squawking geese. Even as your breath puffs out like exhaled smoke while you stand in awe of the night sky. 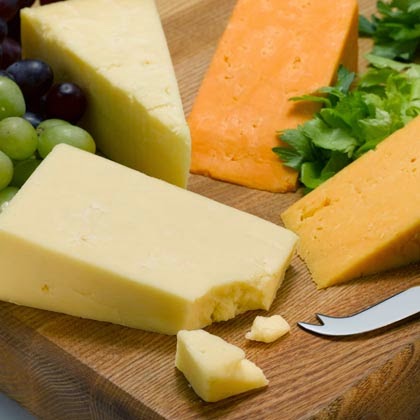 I began to thaw in the sanctuary that is Haven. Scribbling in a notebook spotlighted by the streams of afternoon sun that poured through the windows… sharing words and laughter and tears before the crackling fire… soaking up Laura’s kind, loving, emboldening words. There was warmth enough to incubate both a fledgling book and a lost woman as fragile as a chick just hatched.
And there was soup… specifically that simmering, creamy, fragrant carrot coconut concoction—the first of many love offerings to emanate from Emma’s kitchen.
I admit to a twinge of trepidation at the notion of going of vegan, if only for a few days. I could deal with no meat. But no dairy meant no cheese—one of my great comforts in life. Good riddance Gouda. Cheerio Cheddar.  Bye-bye Brie. I was astonished that I didn’t miss it, not even when we had raw tacos.
Two months later my new doctor (a naturopath) took me off dairy, wheat and a few other things to address some longstanding health issues. I began cooking and eating a different way and wrote to Emma for baking advice.
I reminded myself that at Haven I’d wanted for nothing. Not even cheese. And certainly not for companionship and inspiration. I realized that as much as I relish the isolation of the writing life, I do occasionally need the blanket of community to bundle me up and keep me from freezing to death. So I found my way to a monthly writers’ workshop. I’m not much of a joiner, so this was a stretch. But then, so was a life without cheese.
Using my workshop group for accountability, I committed to daily writing, once amassing a streak of 261 straight days. I took a break when the kids came home and felt like I’d fallen off the wagon. I shared chapters in monthly workshops, which kept me moving me forward since there was an expectation to show up with new material each time. I finished a first draft. A second. A third. A major revision.
For more than two years now, I’ve been a wheat-free, dairy-free writer. If I’m fortunate enough to find my way back to Haven, I won’t feel like a fraud when I cross the threshold in my stocking feet and I won’t be pining for Brie.
Posted by Mary Novaria at 12:48 PM