The Write Stuff: Making Sense of the World Through Words 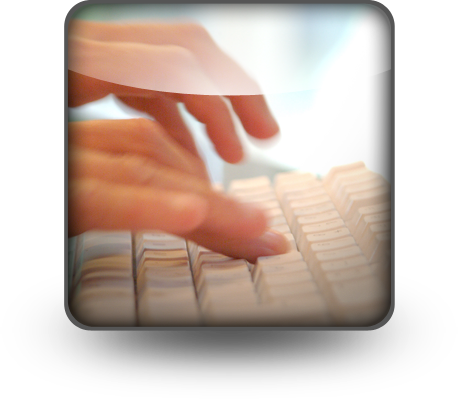 Writing chose me. Not the other way around. Although, I did choose, in recent years, to be more intentional about what I write. These days, when I meet someone at a party and they ask, “What’s your blog about?” I have the luxury of saying, “Anything I want.” Usually it’s some snippet of life— a family matter or something that’s happened in my world that’s either bugging me or teaching me something about myself.

I don’t often reflect on the “whys” and “hows” of writing, I just write. But when my friend and sister writer, Erris Langer Klapper, invited me to participate in a Blog Hop about the craft, I was intrigued; so, instead of hopping away as fast as possible, I jumped in with both hands on the keyboard and said, “Yes!” before I could change my mind.

Erris invited me to answer the following four questions related to my writing life. I'd love to see your answers, too! Feel free to comment below.

1. What am I working on/writing?

I’m finishing up my first book, a memoir of my role as a daughter and a mom at a point in time when my own mom and daughter were facing serious health challenges. Their individual needs were different, but they both needed me. I was a caregiver, case manager and life coach, who found herself in the middle of a mother-daughter sandwich. I saw my mom as the top slice of bread, my daughter as the bottom, and there I was slapped between them like a slab of Oscar Meyer bologna. Only I wasn’t deli meat, exactly. I was more like peanut butter or deviled ham, trying to spread myself around with the dull blade of a knife, hoping I wouldn’t tear the bread.
I also blog for the Huffington Post and right here at my personal blog, A Work in Progress.

2. How does my work/writing differ from others of its genre?

I guess the most obvious way it differs is that it’s my experience and point of view, and no one else’s. That said, even though my story is unique I think it’s also universal and, hopefully, relatable. Lots of women I talk to—and men, too, for that matter—find themselves in this mid-life place where they are still raising their kids and juggling aging parents. My hope is that what I have to say resonates with them… that if readers find themselves in the midst of a family or personal crisis, they’ll know they aren’t alone, that they don’t have to be perfect, and that it’s okay to not have all the answers.

I write to sort out those unmatched bits of life, hoping to find in them a place of sacred understanding.

Much of the time, I’m not sure how I really feel about something until it comes out on the page. I’ll journal some thought or feeling and then the cat’s out of the bag: Ohhhh, that’s why I reacted the way I did or had those feelings of anger, doom or self doubt.

Writing is the way I process life’s events and my response to them. It’s both challenging and cathartic. A lot of what I write is very private, but when I feel compelled to reveal something, that’s when a personal essay, or even a book, is born.

4. How does my writing process work?

I feel like I have a lot of nerve answering this question because it’s the kind of thing people ask wildly successful writers at author events—people like Anne Lamott or Jane Smiley or Stephen King. But since you asked…

I subscribe to the notion of the aforementioned Annie and others that you just need to put your butt in the chair.

Since I write memoir and personal essays, I mine my life, both past and present, for stories. I pay attention to what people say, how they behave and how I feel about it all.

I write most days. I don’t require myself to write a certain number of words or pages, or for a set amount of time. Sometimes I can write for hours and hours and it really flows. Other days, I scratch out Morning Pages as a grudging discipline (see Julia Cameron’s The Artist’s Way) and that’s all I’ve got.

I’m a recovering self-editor, learning to write complete drafts without having to make every word… every sentence… every piece… absolutely perfect right out of the gate. I’m a work in progress who strives to silence the inner critic long enough to complete first drafts… second drafts…

It helps to have a partner who’s also a writer and “gets me,” in addition to being a crackerjack editor and my most-trusted “first reader.” So thanks, John Novaria, for that… and so much more.

My “process” was jump started in the fall of 2012 when I attended Laura Munson’s Haven writing retreat in Montana. Laura has consistently encouraged me to “take a stand” for my writing. Before that retreat, I found excuses to not write and made apologies for what I’d written. Even though I’d written professionally for others, both corporately and journalistically, for years, I hadn’t quite claimed my personal authority as a writer; certainly not as an author. Now I do. The retreat was an integral part of my “process” and evolution.

Next, I became accountable to a group of writers, both online and in a monthly creative workshop, through Vicki Abelson’s Women Who Write. It’s very tempting as a writer—and because it’s my nature—to isolate. I’m perfectly content to sit by myself in the mountains… by the sea… in a closet… in a coffee shop… and tap tap tap away on the keyboard. While it leads to waves of productivity, it’s not always the healthiest choice for me. Vicki challenges us to write every day and we check in on the group’s Facebook page. It has given me momentum, support and inspiration.

The Blog Hop is a bit like a chain letter for bloggers. So, just as Erris asked me, I have asked three other writers to do the same. They are each wildly creative and beautiful spirits whose work I admire. Kathy, Laura and Becky will answer the same four questions on their blogs next week. I can’t wait to see what they have to say. Please join me and hop on over May 5 to check them out!

Kathleen Fisher picked up a pen and a spiral in a creative writing class in high school and never looked back.  Though she wishes blogs were around in the early years of raising her kids (oh the tales she could tell) it would be many years before she would take the plunge.  Every time she thinks she might have run out of stories, karma steps in and drops an experience, passerby or observation in her lap.  You can read her work at her blog, A Speckled Trout.  A speckled trout?  Born in March, her dad gave his freckle faced daughter this name many moons ago.

Laura Munson is the author of the New York Times and international bestselling memoir This Is Not The Story You Think It Is: A Season of Unlikely Happiness (Amy Einhorn/Putnam 2010) which Book of the Month Club named one of the best books of the year. It has been published in nine countries and has been featured in Vanity Fair, Elle, Redbook, Time, Newsweek, Washington Post, Publisher’s Weekly and many other newspapers, magazines, and online venues across the globe.

Laura is the founder of Haven retreats and, speaks and teaches on the subjects of empowerment, personal responsibility, and emotional freedom at conventions, universities and schools, writing retreats/workshops, and wellness centers.

Her work has been published in the New York Times, the New York Times Magazine, O. Magazine, The Week, Huffington Post, Redbook, Woman’s Day, Good Housekeeping, Ladies Home Journal, More Magazine, The Sun, The Shambhala Sun, Big Sky Journal and others.  She has appeared on Good Morning America, The Early Show, WGN, many NPR stations, Hay House radio, as well as other media including London’s This Morning and Australia’s Sunrise.  She lives in Montana with her family. Read her Haven blog here. 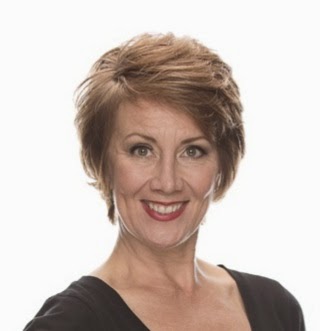 Becky Blades is a writer, artist, business strategist and philosopher of creative, adventurous living. Her first book, Do Your Laundry or You’ll Die Alone, Advice Your Mom Would Give if She Thought You Were Listening, was released on April 1, 2014. It has received a starred Kirkus Review and the critical acclaim of discriminating mom bloggers.

Since selling her award-winning public relations firm in 2003, Becky has served on corporate boards, as a civic advocate for the arts and entrepreneurship, and as a consultant and mentor to businesses.

Her blog, stARTistry.com explores the art of beginning, from entrepreneurship to works of art. And she blogs about her book at LaundryorDie.com.

Becky lives in Kansas City with her husband of 30 years, Cary Phillips, and her Maytag front load washing machine.