Tea and sympathy: Finding the good in a bad day

It was one of those days

It started by “getting up on the wrong side of the bed,” as my mother used to say. Of course, I got up on the same side I usually do—the reluctant and grumpy side. I’m not really sure if it’s due to biology or habit, but I’m not a morning person. At least not while I’m still in bed. If nature didn’t call, I could probably stay propped against the pillows, snuggling with the dog and my iPhone until noon. Once I will myself out from under the covers, brush my teeth and stagger to the kitchen to put on the kettle, I start to perk up a bit. I didn’t think I’d survive when I gave up coffee last December but here I am, ten months later, alive after all and hooked on a particular green tea with hints of spearmint and lemongrass.

I took the dog for a quick spin around our neighborhood park, which is “home” during the day to many who have nowhere else to go.  Men and women with their carts and shopping bags and bedrolls camp out all day, every day. When I’m having “one of those days,” it fills me with despair… like it did the day I saw a man’s dead body in the grass by the sidewalk.

Once I had my Tazo Zen, a Kind bar and half an orange, I called the IRS, looking for clarification on something. (Fear not, my beloved and I are taxpayers in good standing.) I was greeted by a recorded message: “Due to the government shutdown IRS operations are limited blah blah blah… “  The announcement admonished me that all taxes and deadlines must be met. Of course they must be.

Later I popped into the Verizon store because my iPhone’s wi-fi was on the fritz. It was downhill from there. Surly Sally behind the counter grabbed my phone and poked around on it for a few minutes, then told me it was a software problem and I should go to the Apple store. Which I did. Twice. First so one of their blue-shirted, smiling, fresh-faced young’uns could poke around on the phone, then a couple of hours later for my Genius Bar appointment. Or should I say disappointment? 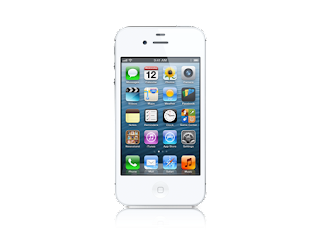 The patient was not healthy. Not a software problem. A hardware problem. Verizon needs to replace your phone, the genius told me. Without boring you with the details, let’s just say that the next few hours produced an extremely unsatisfying customer service experience, one that brought me alarmingly close to frustrated tears and fantasies of bludgeoning someone. But I showed them, tweeting about it to my vast following of 472 souls. Actually, I’m pretty sure some of them are soulless.

I got an email that came across heartless and cold from a person whom I’d expect to have more compassion. Not the first time I’ve been disappointed by someone with a collar.

Fortunately, it was also one of those days when my inner voice spoke up and reminded me to notice the good, to muster my gratitude. 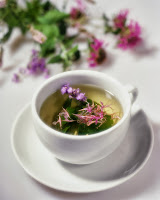 My husband, who may or may not have been a little scared of me at that point, listened with a sympathetic ear while I railed on about the injustice of it all. I’d had acupuncture and a massage that morning (although I do wish I’d known to schedule it after all the bad things). A surprise package arrived in the mail—from my lovely sister-in-law—a keepsake photo book filled with treasured memories of our recent Oregon vacation. My daughter, away at college and greatly missed, called for no particular reason.

I put the kettle on once again and exhaled deeply. It was one of those days. And it was redeemed.