Margaret Thatcher and the Stigma of Dementia

RIP Margaret Thatcher. Even smart, tough broads are robbed by the thief dementia. Here's a re-run of a piece I wrote last year. --MN 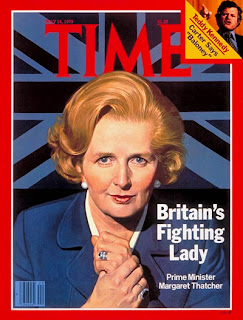 There’s a lot of buzz about Meryl Streep’s new movie The Iron Lady and her intimate portrayal of Lady Margaret Thatcher’s dementia. Although folks seem to agree Streep’s performance is spot on (she just won a Golden Globe*), there’s a lot of debate about whether the film is appropriate. The former Prime Minister is still alive, after all, and dementia flatters no one. The film got me thinking about the cruel stigma of illnesses that affect the mind and whether, as one reviewer said, "The Iron Lady is despicable and voyeuristic."

“You know Aunt Millie?” they’d ask secretively, looking around to make sure no one was listening. “She has… (voice lowers, hand comes up to hide lips, the word is barely audible) cancer…”
As if it were Aunt Millie’s own, shameful fault she had cancer. As if somehow she were dumb enough or careless enough to catch it. Even now, cancers that affect certain body parts are treated this way—most notably those parts above the knees and below the waist. We cringe at the thought of getting colonoscopies, prostate exams and pap smears; at the same time, we make jokes about them, although usually not in “mixed company”. We are immature and embarrassed. 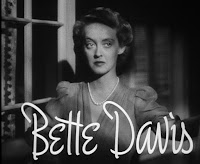 Bette Davis is credited with saying, “Getting old is not for sissies,” and indeed it is not.
So here’s a thought: What if we all quit being sissies about dementia and just acknowledge it for what it is—an increasingly common and unprovoked, progressive illness for which there is not yet a cure? If it hasn’t already, chances are dementia will affect your family in some way. Already 5.4 million Americans have Alzheimer’s, the most common form of dementia, and the number is growing. (Just this week, the US Department of Health and Human Services announced an ambitious plan that calls for a treatment and prevention plan by 2025. For more info, go to www.alz.org)

*Streep would go on to win her third Oscar for the role.
Posted by Mary Novaria at 12:43 PM