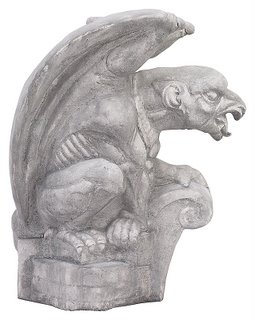 Not gender. Not age. Not race. Not relgion. Some of the Meanest People I know claim to be people of faith. Several have been ordained. Mean men and mean women come in all colors and sizes and shapes. Mean women often are especially clever at launching stinging barbs through beaming, lip-glossed smiles.

Some of the Meanest People I know are also people, forgive me, of means. They have money and they attempt to manipulate people by holding carrots on a stick in front of jackasses (like me) who put up with their antics. They dangle bonuses in front of employees, donations before charities, and expensive gifts like cars and ponies before their progeny. Don’t forget: Carrots are held to the stick by strings.

What else do Mean People have in common? They are bullies. They are rude. They crave attention and demand allegiance. They pitch fits when they don’t get their own way. They insist they are right and everyone else is wrong. They ask the same question and re-state their opinions, over and over in an effort to get the answer or agreement they so desperately want to hear.

What is the matter with these Mean People? Who hurt them? Who made them feel so small that they must puff themselves up, raise their voices, TYPE IN ALL CAPS, and put others down in order to feel better about themselves? Who or what robbed them of compassion? Of empathy?

In a recent New York Times essay, Richard A. Friedman, MD, a psychiatrist, said that despite what many of us believe meanness is not necessarily a symptom of an underlying mental disorder. “…if some people turn out happy and good despite a lifetime of withering hardships, why can’t some people be mean or bad for no discernible reason?”

Indeed, they can be mean or bad for no discernible reason. I would probably armchair-diagnose most of the meanies I know as narcissists. (Narcissistic Personality Disorder, or pathological narcissism, has been acknowledged in the DSM since 1980.)

One somewhat amusing trait of Mean People is that, although they often accuse others of being rude, they are among the most discourteous, belligerent people I know. Many of them pride themselves in the public put down—criticizing and shaming others in front of colleagues, family or even strangers. These bullies want everyone for miles around to know who has the power, who holds the purse strings, who is King (or Queen) of the Hill.

They fancy themselves arbiters of good taste, high fashion, political truth and all manner of protocol; they are the last word on a plethora of topics, yet they have zero interest in the opinions of others and no regard for others’ feelings. They insist on homage from the masses, but don’t dribble it out themselves. These are the folks who expect doors to be held for them, yet they’ll drop said door in your face while you stumble with an armload of groceries and a toddler in tow.

It does no good to shout “Thanks a lot!” to Mean People who leave you standing in the cold and rain. They either don’t hear you or don’t care. And they usually don’t change. Ever. To challenge them or confront them is fruitless. Open, honest communication isn’t possible because they are constitutionally incapable of trying to see things from another’s point of view. To dare to try can result in getting fired, or disinherited, or disenfranchised through the infamous and icy silent treatment. Most frequently it results in mild to severe concussion for those of us who continue to jump through hoops trying to please, while banging our heads repeatedly against that particular brick wall.

Through the double vision, staggering loss of self-esteem, and throbbing headache, I see an asterisk at the end of the bumper sticker sentiment:
Mean People Suck*