Paper or Plastic With That Senior Discount? 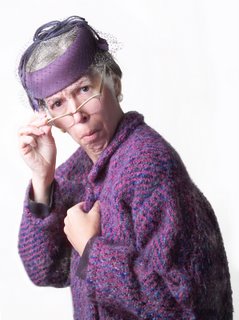 “Do you use the senior discount?” asks the checkout woman at the department store.
“No,” I say, weakly smiling back at the cashier who appears to be older than my mother.

Do I look old enough to avail myself of the senior discount!? I shriek inwardly. I wonder if the young blonde mother in line behind me has heard the woman’s query. I glance back at her in hopes of an empathic glance, but she busily reaches into the stroller to adjust her baby’s blanket. Although I am many years away from the privilege, I now feel old enough for the senior discount. Humiliation ages a person quickly. I hobble out of the store vowing to never again leave the house without makeup. I recall an old piece of advice: “Edward always said, ‘you should never ask anyone a direct question.’ ”

Edward has been deceased for many years, so I never had the chance to hear this directly from the source. His widow, Bunny, occasionally imparts this wisdom to others. She says one should never, for example, ask another person what they do for a living. The direct nature of such a query, according to Bunny, could cause the person discomfort because they may have to reveal a lesser station in life or a paltry income.

Asking questions of an uncomfortable nature, however, happens to be Bunny’s forté. And that old saw about politics and religion? Forget it. Bunny has. They could probably use her at Gitmo. Her methods of interrogation are designed not necessarily to garner the truth, but to fluster you into telling her what she wants to hear. In other words, that you agree with her views on absolutely everything including Gucci shoes, Gethsemane and the Gaza Strip.

By the way, Bunny was hugely offended when a movie theater employee asked her if she wanted the senior citizens’ discount.

I don’t think she peppers everyone with personal inquiries; she reserves most of her direct (nosy and inappropriate) lines of questioning for family members. When it comes to bridge games and tea parties, Bunny purports to be a paragon of the social graces. Once in a while, though, even the haughty are humbled. 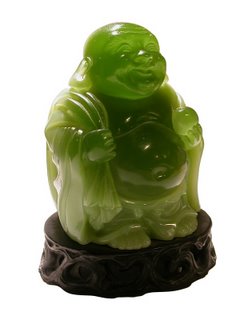 Waiting for a connection at JFK, we see a woman toting a beautiful, elaborately carved, lacquered box.
“Oh, do you have some wonderful objet d’art in there?” asks Bunny, imagining a Ming vase or Fabergé egg.
“No,” the woman says. “It’s my mother.”